Defending Bennetts British Superbike champions Paul Bird Motorsport (PBM) got their season off to a high-flying start when they launched their 2020 livery from the plush and world-famous surroundings of The View from The Shard in London this evening.

In keeping with their reputation as Britain’s most successful BSB team, who have now won a total of seven BSB titles and over 100 races, they chose Britain’s tallest building to unveil the factory-supported VisionTrack Ducatis to be ridden by Josh Brookes and Christian Iddon this season.

In front of a select number of celebrity and VIP guests and with the bright lights of London in the background, as well as the open-air Skydeck some 244m (800ft) above the capital’s streets, team owner Paul Bird welcomed sponsors both new and old to the exclusive event, the first of its kind to be held in the 95-storey skyscraper, designed by the Italian architect Renzo Piano.

An ultra-successful season in 2019 saw the Penrith, Cumbria-based team win their seventh BSB title with rookie Scott Redding being crowned champion just five points ahead of Brookes who between them won 21 of the 27 races to end up 1-2 in the standings.

Brookes subsequently became the third most successful rider in BSB history with a total of 49 wins, just one behind Ryuichi Kiyonari, with the Australian from Bringelly in New South Wales having accumulated 251 starts and an additional 83 podiums since his debut in 2009.

As well as his domination en route to the 2015 BSB title, Josh has now been runner-up four times in his BSB tenure as well as winning the 2005 Australian Superbike Championship. He also has two World Supersport Championship victories to his name.

Iddon from Stockport, but now based in Newcastle Upon Tyne secured the 2019 BSB Rider’s Cup with a great performance late in the season having suffered a broken leg earlier in the year and although he didn’t miss any races, it hindered his chances of the title. Still to win a race in BSB, he has secured 12 podiums from his 135 starts since his debut in 2010.

Prior to embarking on a successful road racing career, ‘Iddo’ was a multiple British Supermoto champion who has experience in World Superbikes and World Supersport, including a third place at Magny Cours in 2013. His best result in BSB is seventh in both the 2017 and 2019 seasons.

Both riders will have at their disposal a pair of brand-new factory-backed VisionTrack Ducati V4 Rs in the 12 round series which kicks off at Silverstone on April 10/12th.

Also present was Paul’s son Frank Bird, whereby the 20-year-old originally from Penrith is combining a season of both GT racing and rallying. Frank was one of four drivers chosen for the Bentley Motorsport Academy and will contest all five endurance rounds of GT World Challenge Europe in a Bentley Continental GT3 for Team Parker Racing.

In addition, Frank, and Hexham co-driver Jack Morton, are well placed the Motorsport News Circuit Rally Championship having taken four consecutive victories in their PBM-supported Ford Focus WRC, including winning the latest round at Snetterton on Saturday. 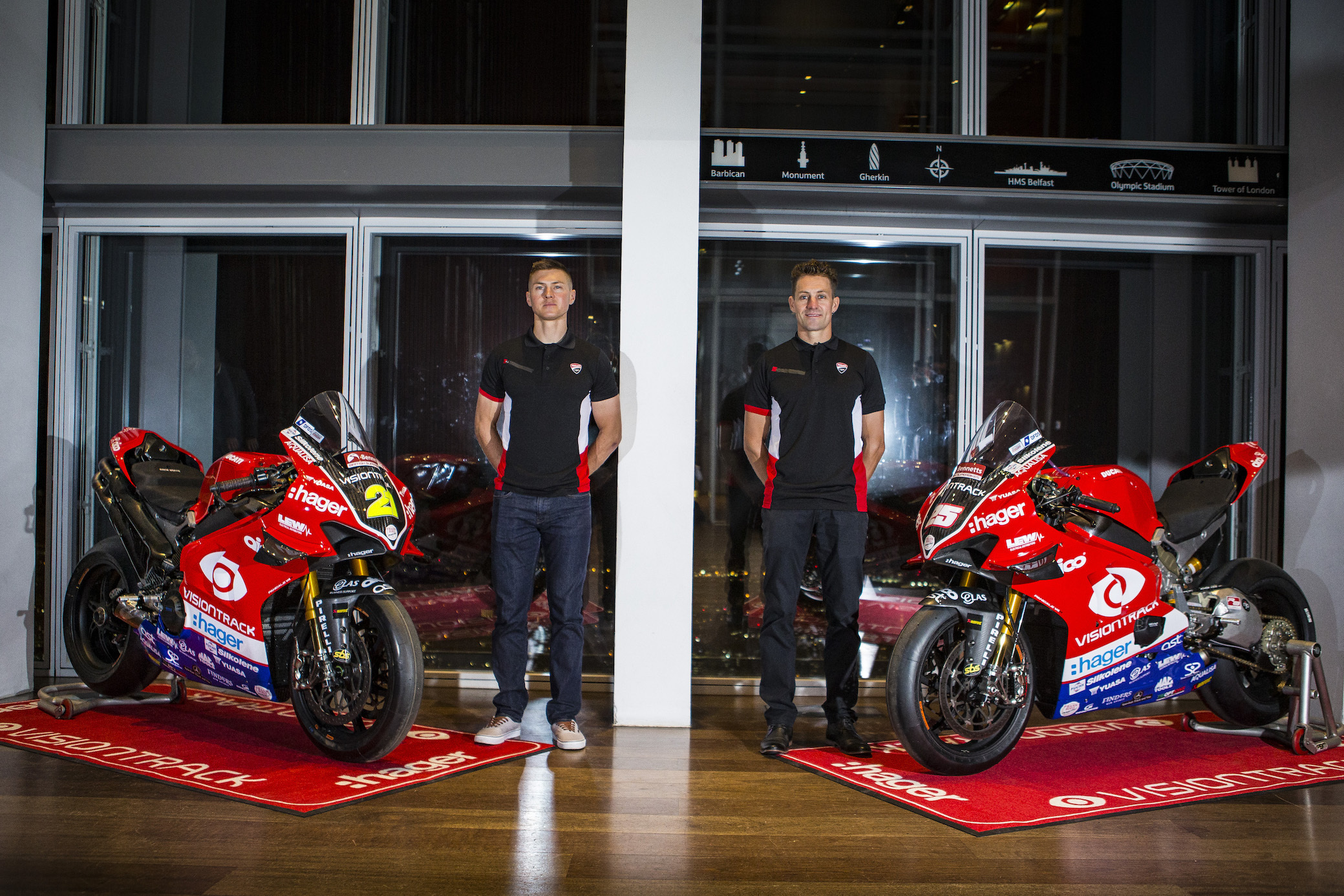