One of the biggest challenges confronting complex fleet operations is how best to prevent drivers being involved in collisions with vulnerable road users. Cyclists, motorcyclists and pedestrians face some of the greatest risks on the road network, so ever more protection is needed and increasingly being demanded. Vehicle camera and sensor technologies have been around for some time, but with more recent advances in video telematics, organisations have the opportunity to raise road safety standards and achieve legislative compliance across their fleets.

FLEET SAFETY COMPLIANCE
In the UK, Transport for London (TfL) and various other authorities have recognised that vehicle camera and safety solutions offer a clear way of protecting vulnerable road users. Off the back of this has come TfL’s Direct Vision Standard (DVS), a permit system for any HGV over 12 tonnes that will rate driver visibility from the cab – without the support of technological visual aids – of other road users. If a vehicle falls below a certain threshold then mandatory technology – cameras and sensors – must be fitted to mitigate the lack of direct vision.

The enforcement of DVS was temporarily postponed due to the ongoing coronavirus pandemic, but from the beginning of March this year an estimated 250,000 vehicles have been affected and many must have additional cameras, sensors and alarms fitted to operate legally. While these stricter rules only impact on HGVs operating in London, many towns and cities around the UK and internationally will be watching with great interest to determine what is the best way of reducing incidents with vulnerable road users by increasing visibility.

Fleet operators will also need to have one eye on the first DVS review in 2024 and other evolving standards to ensure any safety system remains compliant and fit for purpose. The DVS review will investigate supplementary technology or safety equipment either not included in the initial specification or not currently available, with any proposed changes subject to public consultation in 2022. It will also see the minimum star rating increase, with zero, one and two star rated vehicles needing to install an updated progressive safety system.

Meanwhile, the FORS Standard – and as a result CLOCS and WRRR requirements – has been aligned with the current DVS safe system improvements for right-hand drive vehicles, making it possible for Silver and Gold members to obtain a DVS permit without fitting additional equipment. If gaining FORS is a future aspiration, then the most sensible way of tackling this is to factor in all compliance needs before opting for a preferred safety system.

Certain sites in London (such as HS2) enforce both FORS and CLOCS specifications and in these instances DVS compliance will not be enough for vehicles to enter, so it is important to understand a fleet operation’s current and potential activity within the capital. There is also a host of recommended technology that is not yet mandatory for certain standards, such as front, rear and right-side cameras, which may become a requirement at some point. In particular, the ability to record footage is already recommended for FORS Silver and needed for FORS Gold, making a mobile DVR an essential addition to any safety system.

GAINING A COMPLETE PICTURE
A combination of vehicle cameras and sensors can give the driver a 360-view around the vehicle via an in-cab monitor, providing visibility of any vulnerable road user that they might not be able to see normally. Front, side and rear cameras ensure a vehicle is covered from all angles, while corner, side and rear sensors warn of nearby cyclists, pedestrians and other road users, especially in vehicle blind spots. The system can also be linked to specific driving manoeuvres, so a driver can view the appropriate camera when, for example, the left-hand indicator or reverse gear is engaged.

However, the technology is no longer simply a driving aid, because increasingly forward-facing cameras and mobile digital video recorders (MDVRs) are connected to a cloud-based platform. Recorded footage and supporting data of any collision, near miss or harsh driving event is therefore uploaded and can be viewed almost instantly, meaning a fleet manager has complete visibility and control of vehicles out on the road. These camera systems provide the context needed in real-time to create a complete picture of exactly how vehicles are being driven.

There is a well-known safety mantra that “today’s near miss is tomorrow’s incident”, so it is about analysing footage alongside driver behaviour data to identify potential risks and take meaningful actions. Video telematics can play an important role as part of any road safety strategy by providing video evidence and supporting vehicle data that enables a fleet operation to quickly address issues through targeted driver engagement and training. Taking this approach, some fleets are reporting a reduction in incident frequency as high as 80 per cent.

While we have discussed how best to protect vulnerable road users, it is also important not to overlook the welfare of the driver who, through no fault of their own, could be involved in a serious incident. There is one tragic example we have seen, which clearly underlines this point.

When a customer’s HGV driver was involved in a fatal collision with a jogger, it was possible to view video evidence and quickly determine that the driver was not at fault. Footage was sent to the police at the scene, via the driver’s mobile phone, so he was treated with compassion as a significant witness rather than being a suspect. Without the connected cameras, the driver could have lost his job and suffered added psychological trauma, while the jogger’s family may never have had closure by not knowing exactly what had happened.

ADVANCES IN AI
The biggest video telematics innovation moving forward is going to be around computer vision, which enables machines to be trained to analyse footage without any human intervention. With Artificial intelligence (AI) learning, many of the processes we currently manage manually can be automated. Machines will then be able to monitor all the captured video and supporting data and proactively suggest the most appropriate interventions, such as targeted training packages based on an individual’s driving style and history.

There has been rapid development in terms of the camera and safety hardware available, making it possible to use AI to optimise the safety of drivers and other road users. For example, traditional proximity sensors warn of a nearby road user, but often an alert can be triggered by street furniture such as lampposts, bollards, road signs and bins. The risk here is that a driver becomes complacent and takes less notice of an alarm because it often reacting to false positives.

In contrast, the latest blind spot detection (BSD) side cameras, using Advanced Driver Assistance Systems (ADAS) technology, are designed to specifically detect vulnerable road users using AI where it can distinguish humans from false positives. These are highly effective at identifying cyclists, motorcyclists and pedestrians and pinpointing exactly where they are in relation to the vehicle. By linking the alert to the camera system, the driver can receive live footage via an in-cab monitor, so they can quickly take preventative measures.

Advances in ADAS is also helping to tackle traffic incidents before they arise by detecting and warning of driver risk. An ADAS forward-facing camera can identify lane departure, forward collisions, tailgating and vulnerable pedestrians or cyclists, while an in-vehicle monitor can recognise if a driver is tired or distracted by actions such as mobile phone use, smoking and eating. As a result, they can be immediately alerted with a visual and audible warning, while an office-based fleet manager can monitor areas of concern both in real-time and historically to help ensure drivers are acting responsibly.

Fleet operators need to ensure drivers are given the tools needed to operate responsibly, while adopting systems that help better understand and tackle fleet risk. Visibility is key to optimising the safety of both drivers and vulnerable road users, so video telematics offers an effective means of reducing collisions and ultimately saving lives. 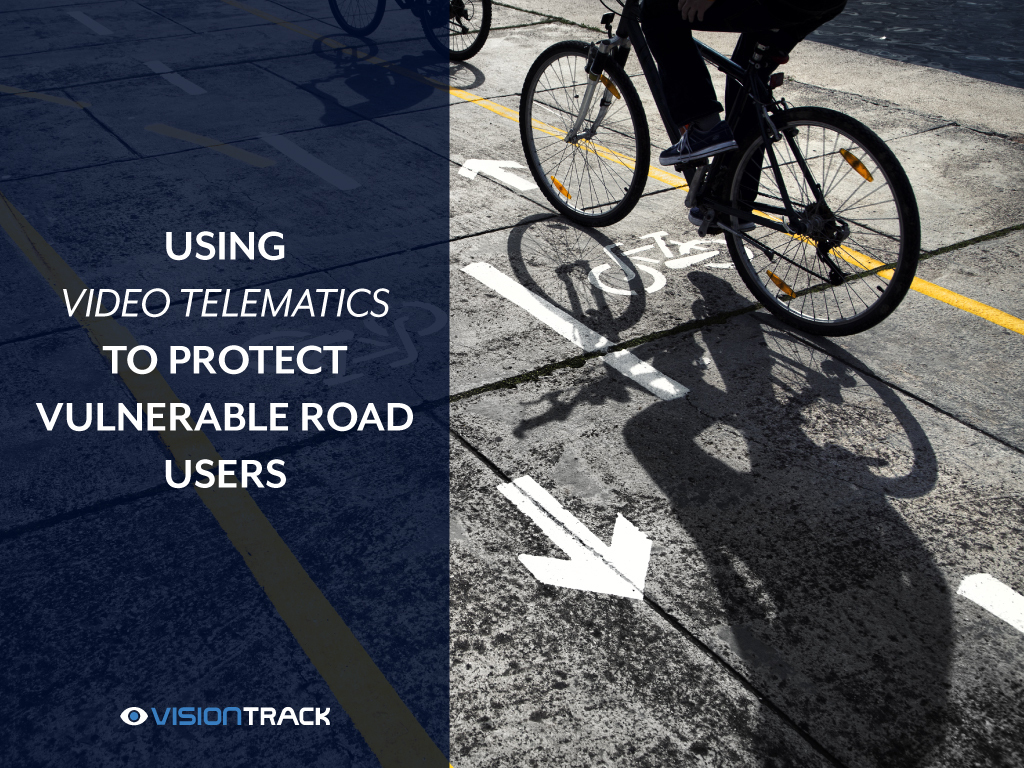