Podium for Brookes in challenging weekend for VisionTrack Ducati

Defending champions VisionTrack Ducati had a frustrating time at the Bennetts British Superbike Championship at Silverstone on the weekend (5-6 September), although Josh Brookes came second in Sunday’s first race.

Sixth in the day’s second race on the factory-supported VisionTrack Ducati Panigale V4 R meant that Brookes outscored the series leader Glenn Irwin by four points on the day, putting him in joint second position overall after nine races.

Teammate Christian Iddon had a more challenging day with seventh in race two his best finish.

“Not our best weekend at all, but we know the reasons for the results and are confident of bouncing back strongly,” said Johnny Mowatt, Team Co-ordinator. “We are delighted with Josh’s podium which keeps him in second place and Christian is still well in the fight for the title despite his issues this weekend. It’s frustrating that we only got the one podium as both riders showed they were capable of running at the front, but the results didn’t reflect that. We are now looking forward to our home race at Oulton Park to get the VisionTrack PBM Ducatis on the top step of the podium again.”

Meanwhile, there was better news from the Hawk Racing Buildbase Suzuki team, also sponsored by VisionTrack. Kyle Ryde won two of the races at Silverstone on Sunday, riding his Buildbase Suzuki GSX-R1000R, and came a close second in the other one. In the second race he waited until the closing stages to strike, while in the third race he dominated the field by leading from the early stages to the finish. 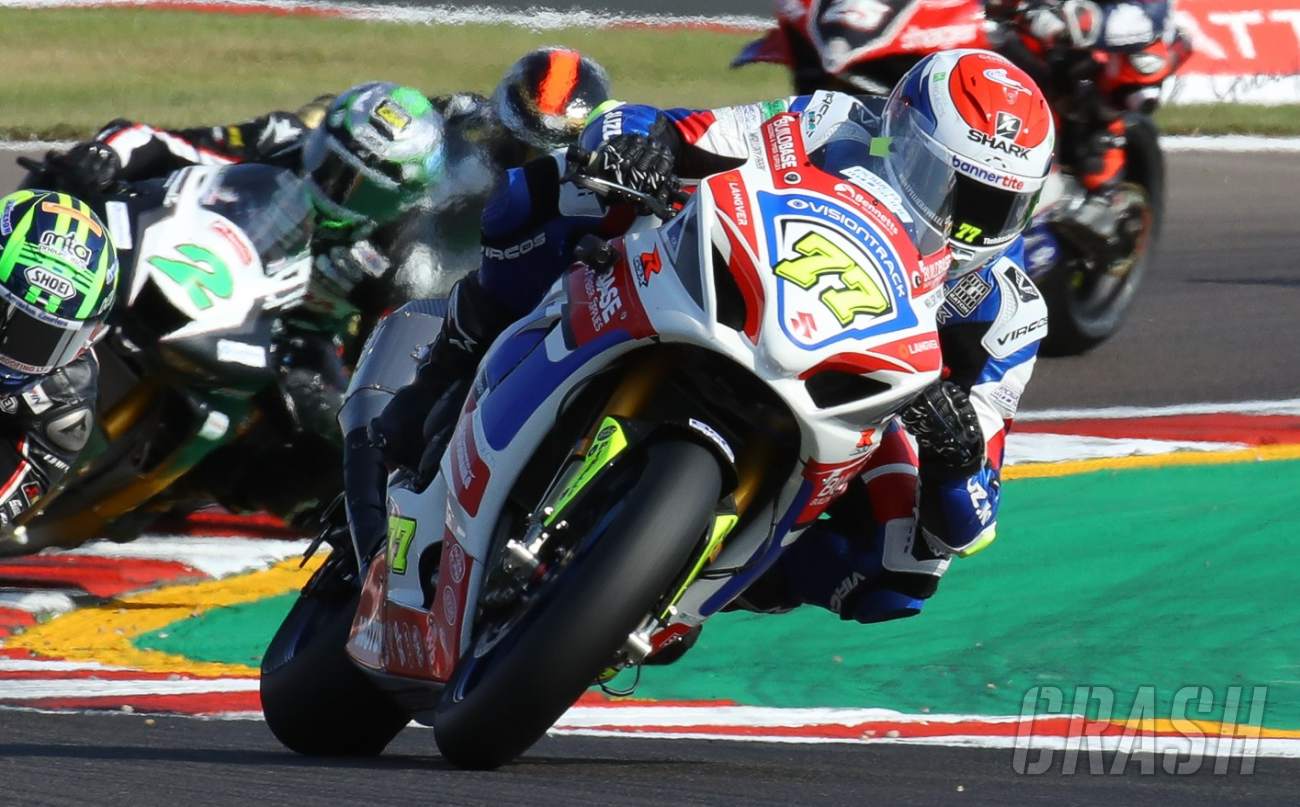