Podium For Brookes And Solid Points For Iddon At Oulton

The VisionTrack Ducati pairing of Josh Brookes and Christian Iddon scored valuable points in the Bennetts British Superbike Championship at Oulton Park today with Brookes taking a second place in the final race of the day and Iddon claiming fourth in the opening encounter, leaving them both still in title contention.

In the opening meeting of the title-deciding Showdown and after two podium finishes on the factory-backed VisionTrack Ducati Panigale V4RRs yesterday, the opening 18-lap race today saw Christian and Josh line up in second and fifth on the grid respectively with conditions all around the 2.69-mile circuit ideal.

The duo were in the thick of the action from the word go for Paul Bird’s Penrith-based team with Tyneside-based Iddon running in second for the first half of the race and Brookes right in his wheel tracks in third and doing everything he could to find a way by.

Less than one second covered the leading seven riders for much of the race but with two laps to go, yesterday’s race winner Tarran Mackenzie had overhauled both of them with Tommy Bridewell doing the same heading into the final lap. Bridewell went on to take the eventual win but whilst Iddon held on for fourth to score valuable points, Brookes’ title hopes took a knock as he crashed out of fifth place on the final lap at Druids.

The Bedfordshire-based Aussie had the consolation of a front row start for the final race of the weekend, but Iddon had more work to do from three rows furthers further back. The race followed an unusual pattern in that Bridewell opened up a huge lead in the early stages, but Josh ran in second for much of the race and kept the rest of the chasing pack at bay.

Defending champion Brookes was duly rewarded for a fine ride with his second runner-up spot of the weekend but the race was a lot harder for Iddon after he’d worked his way up to sixth. He was well placed to make a move in the second half of the race but a clash but with another rider put him in the gravel at Lodge to scupper his chances. He recovered from 15th place to claim 11th at the flag to hold onto fourth in the title race, just 33 points behind the leader Mackenzie going into the penultima round at Donington Park next weekend.

Josh Brookes: “It’s been a mixed day and I’m distraught with dropping the bike on the last lap of the first race today, not just for losing points but for actually doing it as that’s not me. I lost a place on the last lap yesterday so was determined it wasn’t going to happen again and wanted to maintain my pace right up until the end, but I just lost the front. However, the team did a great job in getting the bike ready for race two and whilst I could only admire Tommy riding into the distance, I think we can be proud of the result. Of course, I want to win but to come from as far back as what we were a few weeks ago, to where we are now is testament to everyone’s hard work and we can be content with a brace of seconds this weekend. The championship’s been turned on its head and I’ll keep fighting as always.”

Christian Iddon: “Like Josh, I’ve had a mixed day but whilst it would have been nice to have got the gap to the leaders below 25 points, it’s still only 33 and it’s still all to play for. But with the two McAMS Yamahas faltering, I can’t help but think it’s a missed opportunity. Fourth in the first race today was ok and I just didn’t have the power to fight at the end so had to settle for the position whilst I was having a problem with the brakes in the second race. Taz didn’t leave me any room and off I went into the gravel trap. I was able to hold onto the bike though and who knows how valuable those five points could be.”

Johnny Mowatt:  “Where do I start, what a day! The championship’s been turned on its head and for Jason to crash twice this weekend, after being faultless all season, is remarkable and on hindsight, we could have profited even more. It was obviously disappointing for Josh to slide off on the final lap of the opening race, but he fought back well to take a good second place. He didn’t make any mistakes despite the huge pressure he was under, and he deserved those 20 points. Christian was a bit unfortunate today, but he still leaves closer to the championship lead than what he arrived. It was a tough move by Tarran but that’s how racing goes sometimes. The good thing is that both riders have been in the leading pack and fighting it out for the race wins all weekend, which is where the PBM team belongs. Anything can still happen, so we’ll be giving it 110% as always.” 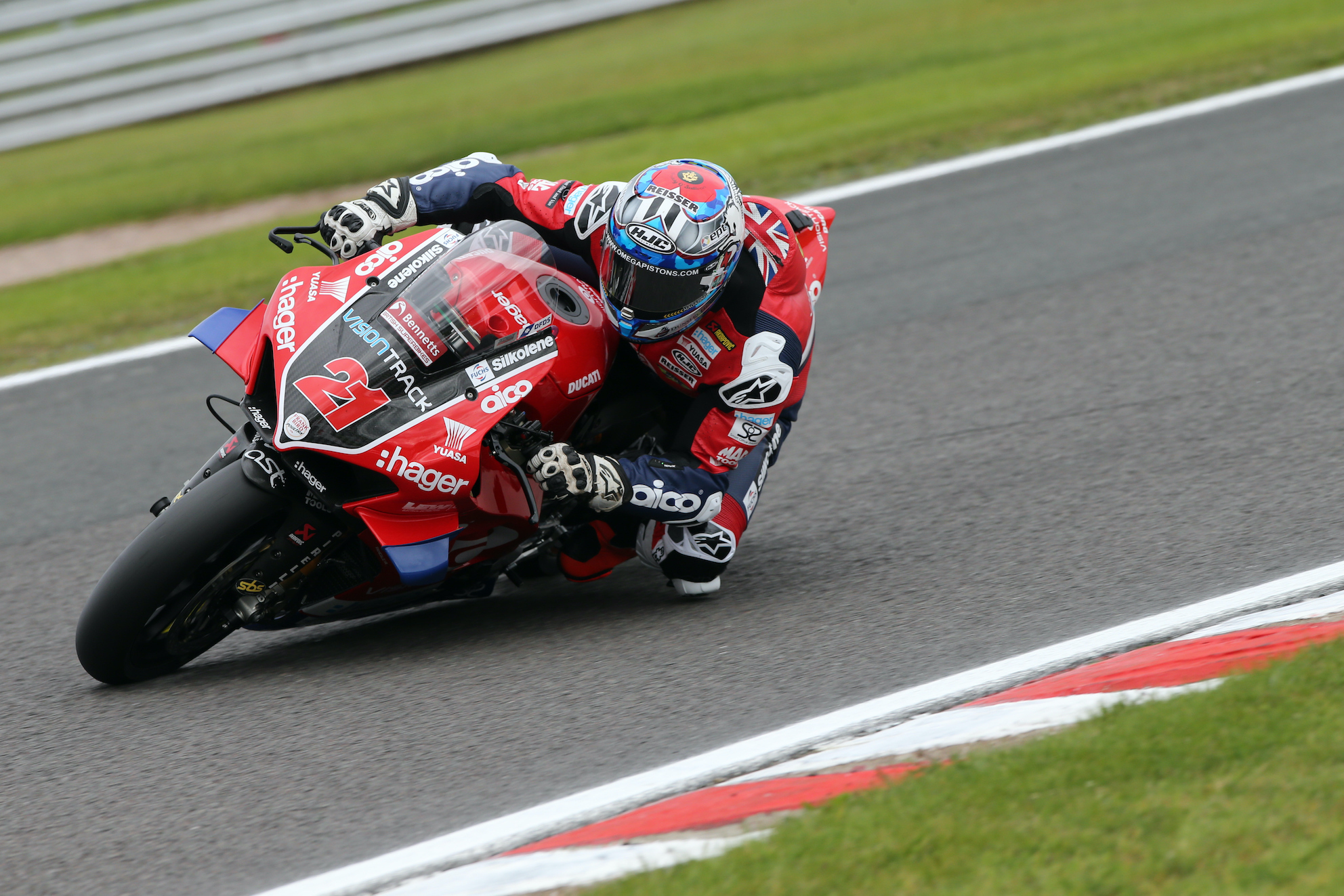