Christian Iddon and the VisionTrack Ducati team got back to winning ways in the Bennetts British Superbike Championship at Brands Hatch today with the Tyneside-based rider taking victory in a hectic seven-lap dash which, together with fifth place earlier in the day, consolidated his lead in the title standings.

There was further joy for Paul Bird’s Penrith-based squad when Iddon’s team-mate and reigning champion Josh Brookes took fifth place in the second race to record his best result of the season so far.

Saturday’s results meant Iddon started from the front row for the first 20-lap race with Josh having a bit more work to do from the fifth row on the factory-supported VisionTrack Ducati Panigale V4RR. However, it proved to be a challenging race for both riders with Christian starting strongly but slipping back to fifth at the chequered flag and Josh running into the gravel at Westfield. He managed to rejoin the track but could only manage 18th.

The final race of the weekend started with a damp track but with a multitude of tyre choices across the field, Josh starting with full wets and Christian fitting a slick rear and intermediate front highlighting the mix.

Australian Brookes surged into the lead before Danny Buchan moved ahead of him but as the race wore on, the track dried and Iddon moved ahead of his team-mate to take second at half race distance. However, shortly afterwards, the red flags were out after Gino Rea’s Suzuki expired in a plume of smoke across the start and finish.

Re-started over just seven laps, slick tyres were the order of the day with both Paul Bird Motorsport riders on the front row and, as expected given the short distance, it was a hectic affair from start to finish.

Disappointed with the earlier stoppage, Iddon was clearly fired up and his intentions were clear as he took the lead early and withstood significant pressure from, amongst others Danny Buchan and Tarran Mackenzie, to claim his second win of the season.

Bedfordshire-based Brookes looked on course to join him on the podium when he took third on the fourth lap but a tough move by Jason O’Halloran saw him pushed wide and lose ground although he was still able to take a fine fifth place at the end to further boost his confidence.

Christian Iddon: “I was a bit disappointed after the first race where I struggled a bit for grip in the second half of the race but everything was looking good in the second as my tyre choice was really coming into their own. I was really wound up after the red flag came out and determined that the re-start was going to be mine. In such a short race, I didn’t have to worry about tyre life and I could just go for it which is exactly what I did! It was an amazing race and I was surprised at the pace we were all going at but I’m just glad I was able to get the job done, keep my lead in the championship and pick up a good haul of podium credits.”

Josh Brookes: “The day didn’t start well at all but ended a lot more positively and we can definitely take away a few good things from the second race – fifth isn’t where I want to be finishing obviously but given where we’ve been at, it’s a start. The bike clearly works well in the wet but in the seven lap dash, I was able to lap comfortably quicker than I have done all weekend so we definitely found something in the dry. The SCX tyre is still making the front feel bad but something changed and I was able to lap in the 1’25s bracket which was more satisfying. I’m taking it day by day at the moment but it’s nice to end the weekend on a positive note.”

Johnny Mowatt, Team Co-ordinator: “Christian’s continuing to deliver the goods and although his head could have dropped at times today, he responded perfectly each time. The first race saw him lose grip in the last few laps, so we made some changes for the second race although the rain negated that and tyre choice was the most important thing. It was a collective decision to go with the inter front and slick front and we kept our fingers crossed!

“If it had gone the full distance I was confident we could win so to overcome the disappointment of the red flag and win the seven lap dash shows his character – he was going to win that race no matter what! Josh is clearly having some issues still and not getting the feeling he wants but there were definite signs of encouragement and leading the wet race and then taking a good, close fifth when it was pretty much dry will hopefully get his confidence up.”

The next round takes place at Thruxton, Andover on July 30th – August 1st.

Further details can be found at the PBM website: www.pbmuk.net. 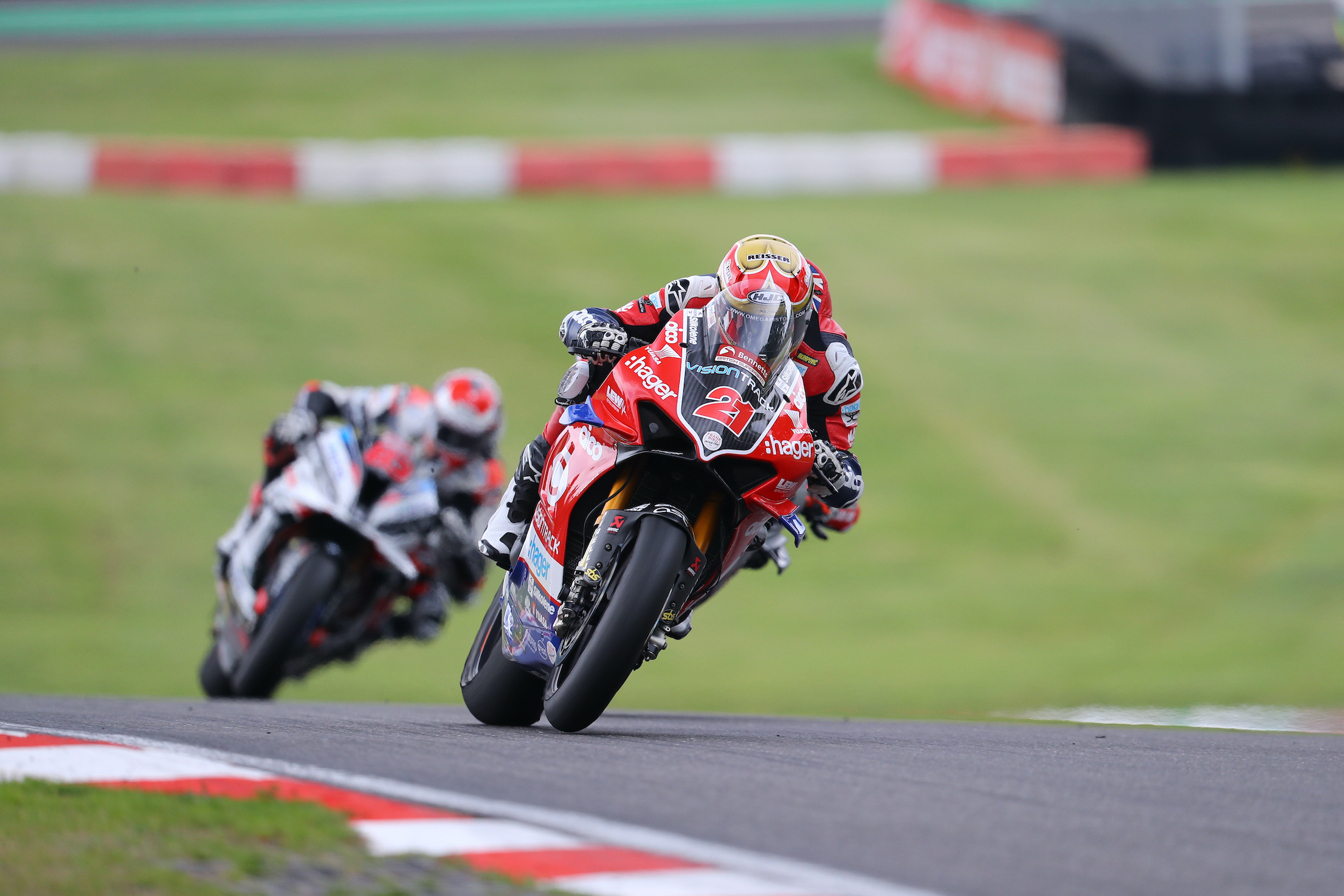