Iddon Loses Out But Goes Down Fighting, Top Four For Brookes At Brands Hatch

After yesterday’s superb podium finish, VisionTrack Ducati rider Christian Iddon’s hopes of landing the 2021 Bennetts British Superbike Championship disappeared when a combination of a fourth-place finish for him coupled with title rival Tarran Mackenzie winning the day’s opening race saw him miss out on the crown.

Aboard the factory-supported VisionTrack Panigale V4 RR, the Newcastle-based ace was one of four riders still in with a realistic shot of the title going into today’s final two races of the season at Brands Hatch.

Another great start in the opening 20-lap encounter around the iconic Kent GP track saw him in with a shout but despite his best efforts, Iddon could only manage to claim fourth at the chequered flag after rain threatened to end the race early and with it, went his hopes of an inaugural title.

With the pressure off for the afternoon’s second 20-lap race, once again Iddon was battling towards the front and looking good for a podium to finish the season in style but an ambitious move by another rider on the final lap saw them both crash out at Paddock Hill Bend.

It wasn’t the finish that Iddon nor Paul Bird’s Penrith-based team were looking for as not only did they relinquish their title after two years, but it meant Iddon could only finish fourth in the final standings after the 11 round and 33-race season.

Teammate and outgoing champion Josh Brookes was hoping to continue his recent good form at the Brands Hatch track where he has enjoyed so much success over the years but after fighting his way through the field to sixth place in race one, the Midlands-based Aussie claimed a fourth place in race two after Iddon’s misfortune.

As a result, Brookes finished sixth in this year’s championship after a frustrating season for the double BSB champion in his third year with the PBM team. The duo ended up with a combined tally of 17 podiums including two race wins to add to their successes as Britain’s most successful BSB team.

Christian Iddon: “The plan was to become British champion this weekend, and not to end up in the medical centre but that’s how it goes sometimes. I honestly thought after the recent run of results and yesterday’s podium that I stood a really good chance, but I didn’t have the pace to take it to the leaders in today’s opening race and with Taz winning, that put paid to my hopes. And then it all ended in disaster in the second race when I was taken out and that was that. Thanks to the team and our sponsors for all their efforts this season, it wasn’t meant to be, and congratulations to Taz and the McAMS Yamaha team.”

Josh Brookes: “The weekend’s been a reflection of our year in that we’ve been aware of what the problems have been, but we’ve been unable to fully resolve them. We’ve made the best of it and seen progress in the last few rounds with some better results which was how this weekend went. It’s been a constant battle between front and rear end grip and when one’s better, the other’s worse but we’ve got to the end of the season and I can guarantee everyone, I’ll be back. This year hasn’t been a reflection of myself in terms of my motivation or my desire to win as that’s as strong as ever so I’m looking forward to the time off and coming back even stronger in 2022.”

Johnny Mowatt, Team Co-ordinator: “It’s been a mixed day which has been a bit like our year, I guess. Christian didn’t have the pace to fight all the way to the end and was lacking a bit in the last few laps. Being taken out by another rider is a far from ideal way to end the season but he can take pride in his season and how he came back strongly in the Showdown after a bit of a blip mid-season. We saw improvements over the course of the weekend for Josh and he had good pace in the dry races, but it wasn’t enough. The grid positions hindered him, but we’ll look to get to the bottom of everything over the winter and come back fighting as PBM do. We’ll regroup as a team, take some valuable time off and be back stronger in 2022. Congratulations to Taz and the McAMS Yamaha team, they are worthy champions.” 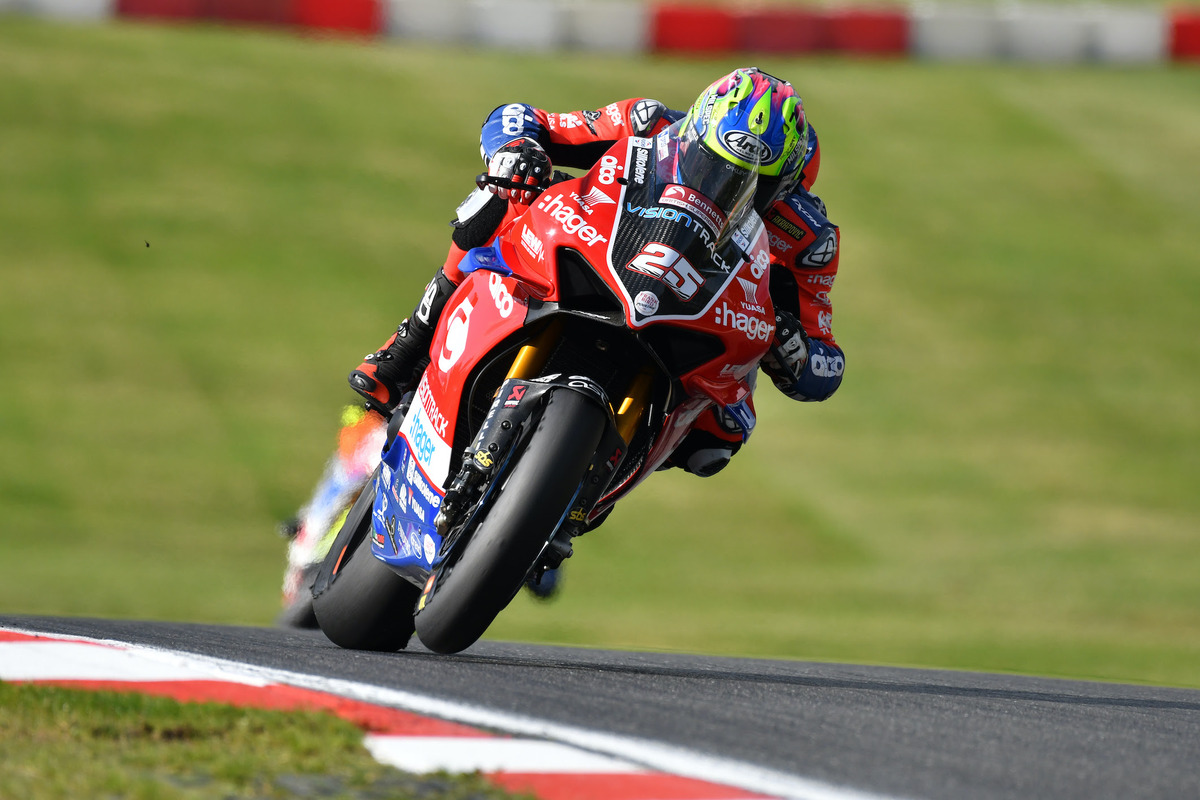