Fourth For Brookes At Snetterton With Iddon Out Of Luck

The VisionTrack Ducati team endured mixed fortunes in the opening race of round seven of this year’s Bennetts British Superbike Championship today with Josh Brookes claiming a strong fourth at the Snetterton 300 circuit but Christian Iddon suffering an early crash.

The two riders fared slightly differently on the opening day yesterday with Brookes getting back to his best with the third quickest time in the opening free practice session, but Iddon was down in 14th, which meant he had to go to Q1 this morning. He easily progressed into Q2 on the factory-supported VisionTrack Ducati Panigale V4 RR with what was the then quickest time of the weekend.

Neither rider was able to replicate that form in the main Q2 BSB Superpicks Qualifying session for Paul Bird’s Penrith-based team and in the closing moments, the duo had a coming together at the Murray’s Chicane which resulted in them both crashing out.

The net effect was that defending champion Brookes started from eighth and Iddon in 11th for the afternoon’s 12-lap race, but Iddon’s race was immediately over as he crashed out half way round the opening lap.

That left Brookes to carry the flag for the team and, seventh on the opening lap, he’d moved up to fifth at half race distance. Looking comfortable on the bike once more, Josh closed right in on the back wheel of third placed Tommy Bridewell only to run wide on the penultimate lap.

Undeterred, he successfully fended off Lee Jackson on the final lap and claimed a good fourth place, only half a second adrift of eventual race winner Tarran Mackenzie.

Iddon now sits in fourth overall in the championship standings and although Brookes remains in 12th, he’s just 26 points adrift of the top eight and a Showdown position.

Josh Brookes: “We had the pace to be better than fourth, but I got caught up in the incident of Andrew Irwin and Gino Rea and that lost me time to the leaders. I clawed it back but then lost the front going onto the back straight and ran wide although I was still only half a second adrift at the end. The most important thing about the weekend so far is that I’ve got my pace back and the longer races tomorrow should suit me better. I’m on the front row for the first race which is obviously good so the aim will be to make a good start to put me in a better situation and hopefully get back on the podium.”

Christian Iddon: “It’s been a frustrating weekend so far but having made a good step this morning in Q1, I was feeling a lot better in myself and was looking forward to the race to build the confidence back up. Unfortunately, I lost the rear on the first lap and the bike spun round on me causing me to crash. It was a real shame as my race was over before it had begun, and we haven’t learned anything about where we are or have anything as a reference. Thankfully, I’m ok so we’ll try again tomorrow.”

Johnny Mowatt, Team Co-ordinator: “Obviously, the qualifying incident was far from ideal, but Josh held his hands up and it was a shame as he probably would have been a row further up the grid. He had strong pace in the race but lost time in the Irwin-Rea incident and then a couple of unforced errors probably cost him the podium. He’s only 26 points off a Showdown position now though which with five races to go is more than do-able and being on the front row for tomorrow’s first race gives him a good platform.

“For Christian, I think he must have broken a mirror as he’s gone from a 33-race finishing streak to lots of crashes in recent races. The grid position didn’t help and when you’re in mid-pack, these things can happen, and it now means his first race tomorrow will be compromised due to not setting a time. He’ll have a lot of work to do but hopefully he can get a solid finish to put him in better stead for the second race.”

Further details can be found at the PBM website: www.pbmuk.net. For details of television broadcast times and channels, please visit www.britishsuperbike.com. BSB Radio will also be broadcasting live via a link on the official website or via live timing at www.tsl-timing.com. 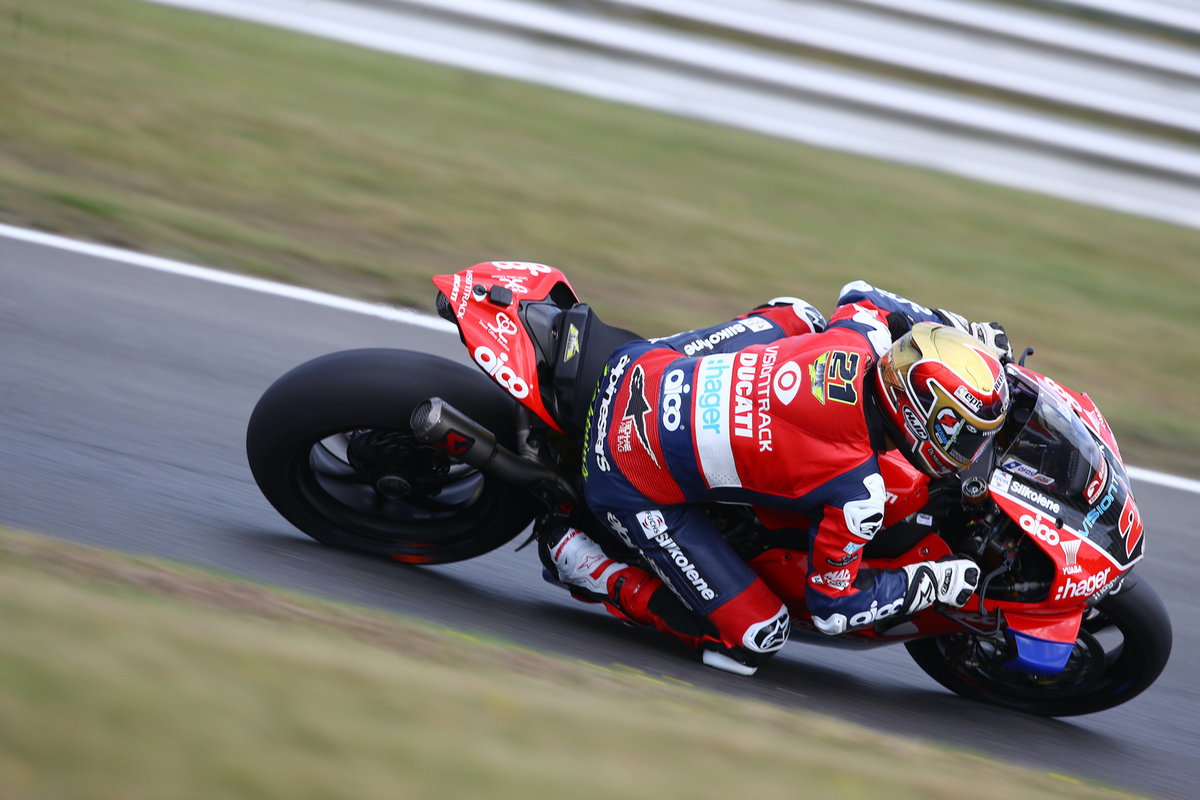