In blustery conditions on Saturday, Christian Iddon came out on top of a five-rider tussle for the lead and won his first ever BSB race, while Josh Brookes came in just one second later taking second place.

Then on Sunday, Brookes led most of the way in spite of being under pressure from three other riders who were less than a second behind, and won the first race of the day, his 50th career victory and his first win of the 2020 season.

Iddon, meanwhile, started in pole position and went on to claim third place in the final race.

“Two wins and two podiums from a possible six results is very satisfying but we still need to strive for more,” said Johnny Mowatt, VisionTrack Ducati Team Co-ordinator. “Now both riders have now got those first wins, we can definitely build on that and the plan is to carry that momentum into Silverstone.”

“Congratulations are due to Christian and Josh for their superb performances over the weekend and to the whole VisionTrack Ducati team,” said Simon Marsh, VisionTrack’s Managing Director. “We’re very proud to be sponsors of such a dynamic and determined team, qualities which we’d like to think are reflected here at VisionTrack.”

The results from the three races mean that Honda’s Glenn Irwin still leads the championship on 118 points, but Iddon and Brookes are now in third and fourth places on 86 and 82 points respectively, going into the next round at Silverstone in two weeks’ time. 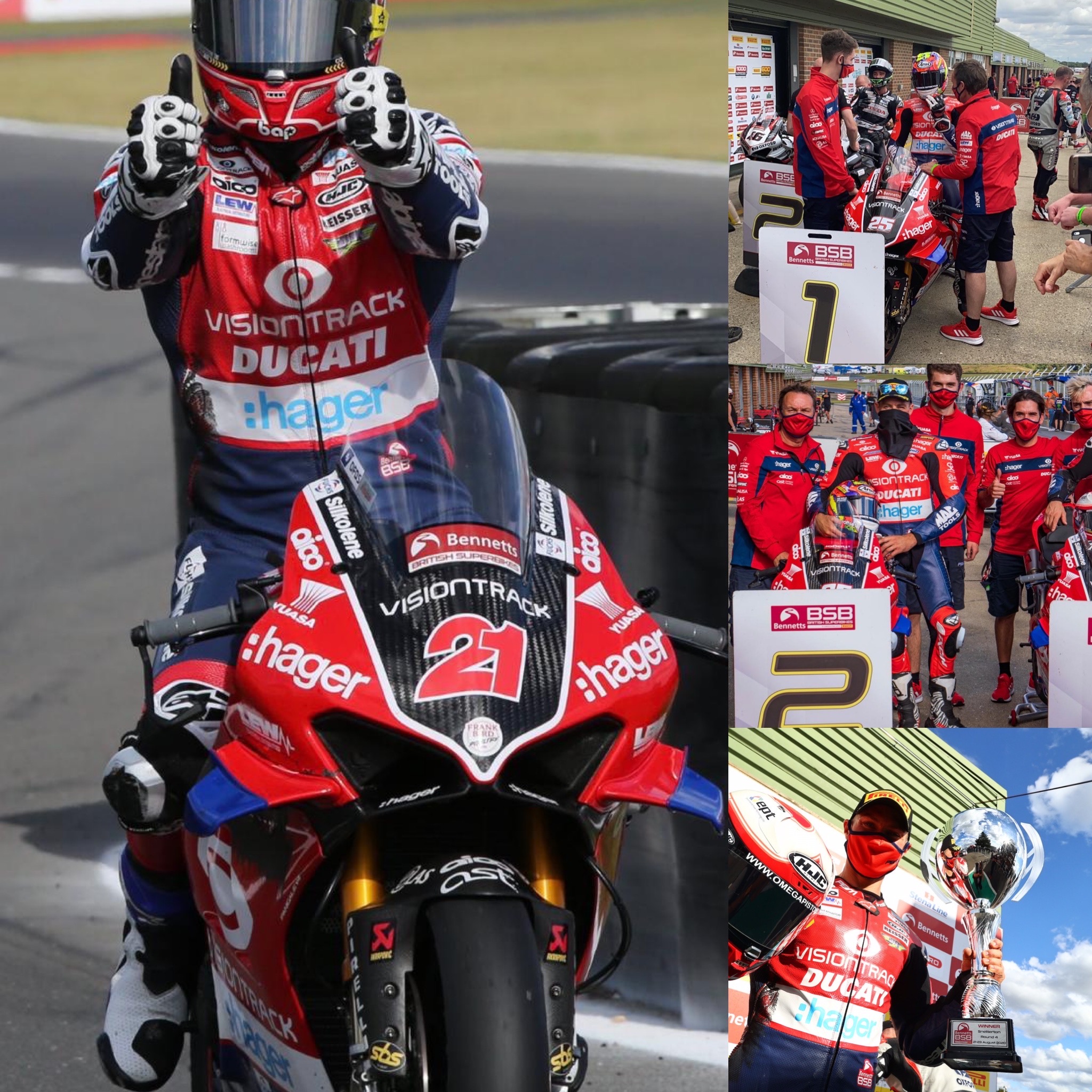