VisionTrack Ducati rider Josh Brookes took a pair of third place finishes in the two Bennetts British Superbike Championship races at Silverstone today with the 32 points enough to see the reigning champion move into seventh place overall in the standings and join teammate Christian Iddon in one of the top eight Showdown positions for the Cumbrian team.

With the third fastest lap in Saturday’s race, Brookes lined up on the front row for this afternoon’s opening 30-lap race around the 1.64-mile National circuit with Iddon just one row further back on the factory-supported VisionTrack Ducati Panigale V4 RR and both riders made good starts to complete the opening lap inside the top six.

A lap later and some forceful moves enabled Josh to hit the front, and by lap three, Christian was in his wheel tracks to put the two Paul Bird Ducatis in first and second.

However, whilst Bedfordshire-based Brookes continued to lead, Iddon ran wide on a couple of occasions to drop back to fourth and he then had a huge moment at Becketts on lap 13 when he got caught by another rider. It caused him to run off track and hit one of the trackside marker boards, which resulted in him dropping back to seventh where he eventually finished.

Brookes continued to lead the way but just as it looked like he’d take a welcome victory, he was overhauled on the final lap by the two Yamahas of Tarran Mackenzie and Jason O’Halloran. Nevertheless, a good third place was still the outcome for his first podium of the season, and it put him closer to the top eight Showdown positions.

Lining up in sixth and seventh for the final race of the weekend, Tyneside-based Iddon was the better placed of the two riders before the race was stopped on the 11th lap with Josh in third and Christian down in 12th after clipping another rider and running wide.

Re-started over the shorter distance of 15 laps, Brookes again led in the early stages before dropping back to third by lap ten and it was there where he finished for his second podium of the day. The points haul helped him move up from tenth to seventh overall and clinch one of the Showdown positions to again ensure there’ll be two PBM machines contesting the battle for the title once again.

For Iddon, a good start helped him move from 12th through the order with a podium looking on the cards. However, having got caught up with Tommy Bridewell he slipped back a spot to sixth at the chequered flag, but he now heads into the Showdown in third overall in the standings, 45 points adrift of series leader O’Halloran.

Christian Iddon: “We made some changes after Saturday’s race, and we’d gone the wrong way with set up, so we weren’t as competitive as what we’d been before whilst I’ve no idea how I stayed on after being hit by another rider. It took me a while to regroup after that, but we were missing that little bit, particularly with tyre life, although things were a lot different for the final race. The bike was working really well although I got caught out by a cold tyre and ran wide and then did so again when I got clipped once more. The red flag helped me out as I managed to go from 12th to fifth and so a podium was definitely on the cards. I got mixed up with Tommy Bridewell and the chance went so I’m a bit frustrated, but we haven’t lost much ground in the championship this weekend and it’s all about the Showdown now.”

Josh Brookes: “It’s obviously been a pretty average season by my standards, but I’m pleased with the two podiums today and delighted to continue my run of making it to the Showdown every year I’ve contested BSB. The improvements we’ve made of late are coming to fruition now and I’ve had the potential for a while without being able to convert my pace into results. Today we did that, and the second race in particular was good, and I felt really good as it was a proper dog fight and a great battle to be part of. I’m still taking it race by race, but we can be proud of our efforts this weekend and I’m really pleased for the team, and everyone connected with it.”

Johnny Mowatt, Team Coordinator: “It’s safe to say today’s been a huge sigh of relief and we’re delighted to have two bikes in the Showdown once more. Josh got the job done this weekend and was unlucky not to have won a race as he probably deserved victory in at least one of them. He rode well so fair play to him. Christian had a bit of an indifferent weekend and struggled to get the bike stopped but after the run he’s been on of late, getting a full weekend of results under his belt was important. We’ve got some good tracks coming up now, including our home round at Oulton, so we’re aiming for race wins and to finish the season stronger than how we started.” 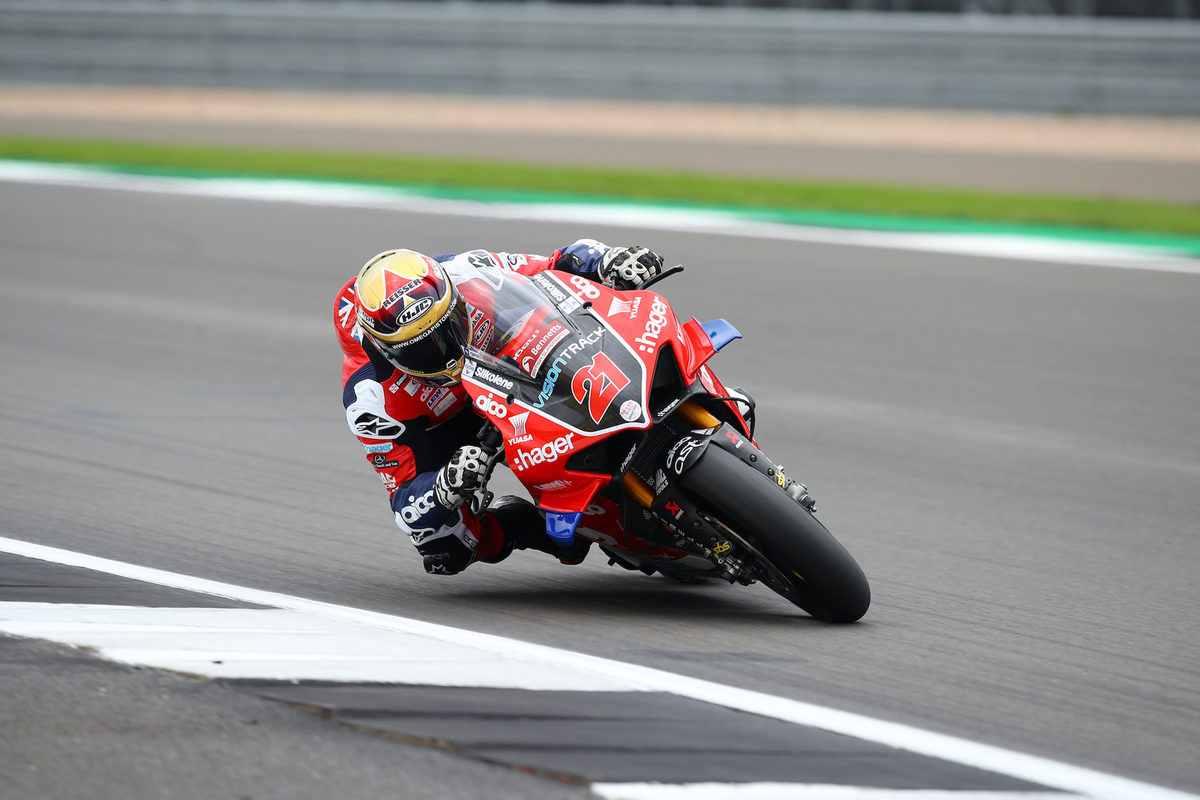